Get fresh music recommendations delivered to your inbox every Friday.
We've updated our Terms of Use. You can review the changes here.

by Jared Grabb Among Thieves 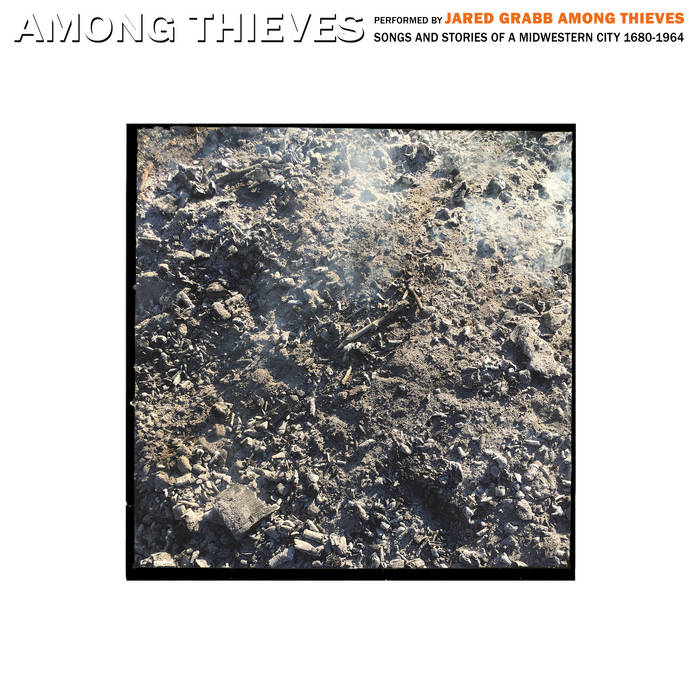 In 2013, I returned to my hometown of Peoria, Illinois. I quickly realized how deeply connected I felt to the people and places. Among Thieves is an album paying homage to this connection. It speaks of what it means to be from this place via the histories of those who came before. These histories can be difficult, and their subjects can be highly flawed. However, understanding the past is the first step to planning our futures.

It can be said that Peoria has been home to its fair share of tragedies. Peoria was born out of the ashes of a French community after it was raided and burned by American militia during the War of 1812. During America’s bloody Civil War, the city hosted two camps of Union soldiers with a total troop population which accounted for more than a third of the city’s population. In 1918, as World War I was winding down and the temperance movement was winding up, the Columbia Paddle Steamer sank into the Illinois River killing more than eighty men, women, and children. Prohibition then proceeded to destroy the city’s primary industry of whiskey production. In recent years, more affluent populations have left the city’s borders and taxation, leaving those remaining to cope with failing infrastructure, a struggling education system, and more than a century of industrial pollution.

Add to this the racial, cultural, and social discrimination that routinely arose throughout Peoria’s past. In the 17th century, the French Jesuits worked to convert the native “savages” to Catholicism while giving away the tribes’ daughters to the white immigrant traders. Preceding the Civil War, the city’s general population pushed back hard against the abolitionist minority with rioting and violence. As the 20th century came into being, whiskey barons and manufacturers polluted the river and the lands of the south side where the working class struggled. Meanwhile, the wealthy planted themselves atop the clean and scenic bluffs. The popular amusement park owner Vernon C. Seaver honed his skills at a segregated Chicago park with attractions like the “African Dip” that demeaned black people. As a child growing up in the 1940s, the famous comedian Richard Pryor, and doubtless many children like him, suffered abuses at the hands of the larger white community. Failing to look directly into the face of our city’s flaws would be to wrongly attribute the current shortcomings of the disenfranchised solely to the disenfranchised themselves.

At the same time, Peoria is and has been a place of hopes and dreams. The Jesuits genuinely tried to save souls. The French grew into a symbiotic relationship with the native Illinois tribes before Thomas Craig’s American militia raided and burned both the French and native villages. Almiran Cole and the slew of distillers that came after him made Peoria, Illinois into the “Whiskey Capital” of the world for decades. The loving congregation of Main Street Presbyterian Church risked harm and well-being in order to stand for the freedom of slaves. A poor German immigrant by the name of Trefzger managed to make a home and a family-owned business here as he continued to bear witness to wars on both sides of the Atlantic Ocean. In being confronted with the loss of her children and her husband, Lydia Moss Bradley excelled in leadership and business while giving back to the community with infrastructure for health, preservation, religion, and education. Vernon C. Seaver brought a site of joy to the community that no one else could have imagined. The passengers of the Columbia banded together to save all the lives they possibly could. When Prohibition destroyed the primary industry of the city, the people pivoted into other uses of their facilities in order to survive and thrive. Mayor Woodruff played the hand he was dealt by negotiating with criminals and businessmen alike to clean up the city and provide avenues of income for its constituents. Juliette Whittaker and Richard Pryror dreamt of a future where a black man could be a world-class entertainer while speaking truth to power.

I wish for the stories contained in this album to hold all of these conflicting realities. May these stories help us to see where we are now, and how our path may best lead us forward.

sndtrak stops by with an Album of the Day Feature of his most recent release, FLIPS V1: Triple Lindy