Get fresh music recommendations delivered to your inbox every Friday.
We've updated our Terms of Use. You can review the changes here.

from Fat Hill by Jared Grabb 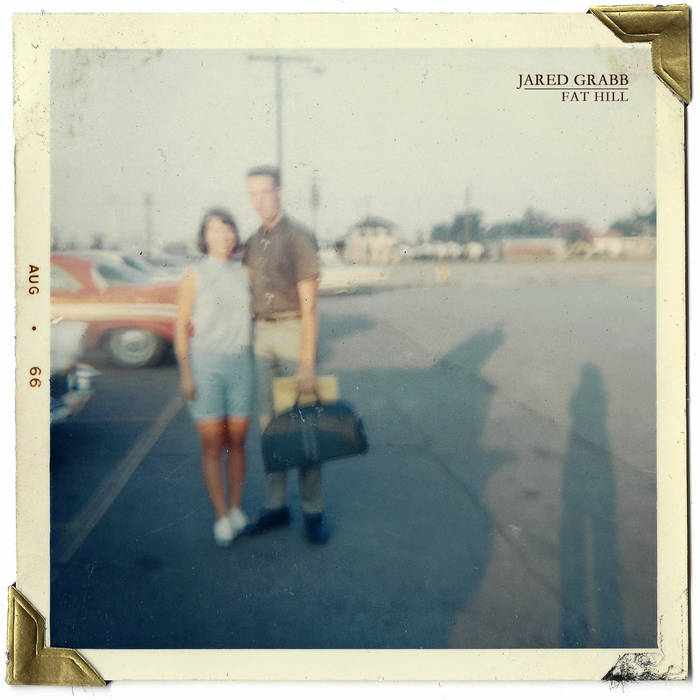 This song is a Veteran's Day single based on the story of Grabb's parents falling in love and starting a family during the Vietnam War era. Please do all that you can to support further legislation to provide mental and physical health care for veterans. To all U.S. veterans, thank you for your service.

She came from Fat Hill and he came from a Long Creek’s manufacturing smells. 1966 in Spring, with her cousin and her retrieving gloves for a wedding. He was just a friend of a friend hunched over one end of a ’62 Impala, manual transmission. Because, he was an engine man who stole the heart of a high school valedictorian. But, there was fighting overseas between the South and North Vietnamese. She’d sent letters so naive asking those in war to fight for peace. And, it was a letter that made him leave, first to Fort Leonard, then Knox in Kentucky, then Fort Sill, then Fort Carson, then near the Panama Canal. It was the summer of ’68, just before he shipped away when he asked, “Will you be mine always?” So, he spent 11 months abroad: artillery, PX, and radio in Vietnam. For her, it was higher learning at a Christian school with hopes he’d be returning. And, so it was, he did just that. And, upon return, he took her hand. Off to EIU and trailer park living, in an 8’ by 32’ they could take their living room with them. No, they didn’t have much, but they had young love. Fresh off the heels of the summer of ’68, just before he shipped away he asked, “Will you be mine always?” Off to Urbana for a might more settled existence. His world was a world of studied persistence, while she was paying the rent with a math degree and computer programming. And so it was, they built their team, both of them hopping jobs like most twenty-somethings. All those cities amongst the fields of soy. You could count two more before they had a baby boy. And, in ’80 one more. Then, another makes three. Father’s engines were providing. Fore, in the summer of ’68, just before he shipped away he asked, “Will you be mine?” And then, in the summer of ’69, she said, “Yes, I’ll call you mine. Together we’ll spend our love. We’ll spend our time and be at peace as family.”

Mille Petrozza stops by to talk about the new Kreator album, plus music by Trauma Bond